An aerial shot of American Airlines Center surrounded by condominiums along I-35E in Dallas, Thursday, June 30, 2016. (Jae S. Lee/The Dallas Morning News) All the details of Victory Park's bid to bring Amazon HQ2 to Dallas Several property owners around American Airlines Center in Victory Park have put together a site proposal for Amazon HQ2. Show Full Story Real estate companies, which on most days are competing with each other for big commercial building projects, have com

Gensler The 135-acre proposed development in Allen could be one of the sites to sway Amazon to come to North Texas It could anchor the proposed bullet train station in downtown Dallas or go into one of Big D’s most iconic skyscapers. It could be the centerpiece of a big development envisioned on the north side of the Trinity River in Fort Worth. It could go into a proposed project called The Strand in Allen. Or into any of six proposed development sites in a 10-mile stretch o

Courtesy of HKS Inc. The initial office building at Frisco Station is nearly completed. The group behind the 242-acre development has been marketing a 50-acre build-to-suit site. The Tower at Frisco Station will be developed in the future along the Dallas North Tollway to the north of the Dallas Cowboys headquarters. Jake Dean The Star in Frisco - the corporate home for the Dallas Cowboys - could help bring Amazon to the city. Submitted Rendering Wade Park, a proposed mixed-

Everyone in the real estate business is scrambling to figure out where Amazon's new headquarters will land. With the potential for 50,000 employees and $5 billion in investment it's the economic development prize of the decade. Show Full Story CoStar Group, the real estate information and marketing firm, quizzed hundreds of real estate execs about where Amazon should put its new HQ2. Austin and Dallas were at the top of their list, with Atlanta and Nashville right behind as

Plano's $3 billion Legacy West will have its own park

Plano's $3 billion Legacy West development has Toyota, Liberty Mutual Insurance and JPMorgan Chase. And now the 250-acre mixed-use development on the Dallas North Tollway will have its own park. The city has purchased more than seven acres on the west side of Communications Parkway north of Legacy Drive where it will build a small park. Show Full Story The planned green space is between the new Legacy West Urban Village and J.C.Penny's long-time headquarters. Plano paid Lega

Making the grade? How DFW stacks up for Amazon’s HQ2

Jake Dean Population: Exceeds expectations. Amazon wants a metropolitan area with more than 1 million people. With more than 7 million people, DFW has that covered with ease. Amazon also wants a growing population. Last year alone, the population of DFW grew by 143,000 - more than anywhere else in the nation. Size matters to Amazon, and North Texas has it in spades. The major city's nickname is "Big D," "Big Tex" looms over the State Fair. Billy Bob's in Fort Worth pro 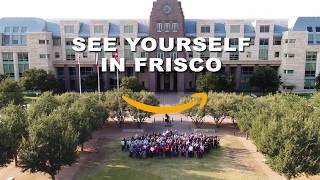 Frisco is Primed for #HQ2

Cities lined up immediately when Amazon.com Inc. last week announced its interest in establishing a second world headquarters, one that would produce eye-popping employment and economic development, and asked cities to offer their best response (and incentives) to its request. Journalists at American City Business Journals, the largest publisher of metropolitan business newsweeklies in the United States, with 43 business publications across the country, also took notice. Sho

Amazon.com Amazon.com's campus in Seattle has offices, restaurants, cafes and other services to support thousands of workers. Amazon.com The Seattle-based online retailer plans to build a second north American headquarters expected to total about 8.1 million square feet of space. Dallas-Fort Worth leaders are stepping up in a big way in hopes of luring Amazon.com Inc.'s proposed $5 billion second North American headquarters to the region. The Seattle-based online retail giant
1
2

Last space available for lease. Office/Flex in the Addison area.

Companies Have Been Flocking To Tarrant County, Texas. What’s Next For This Relocation Hot Spot?

The Mega Trends Shaping the Outlook for CRE

CRE Prices Roar Back, Led By Apartments, Industrial And Even Office

Dallas, Austin and Houston Lead in Workers Returning to the Office Among Largest US Cities